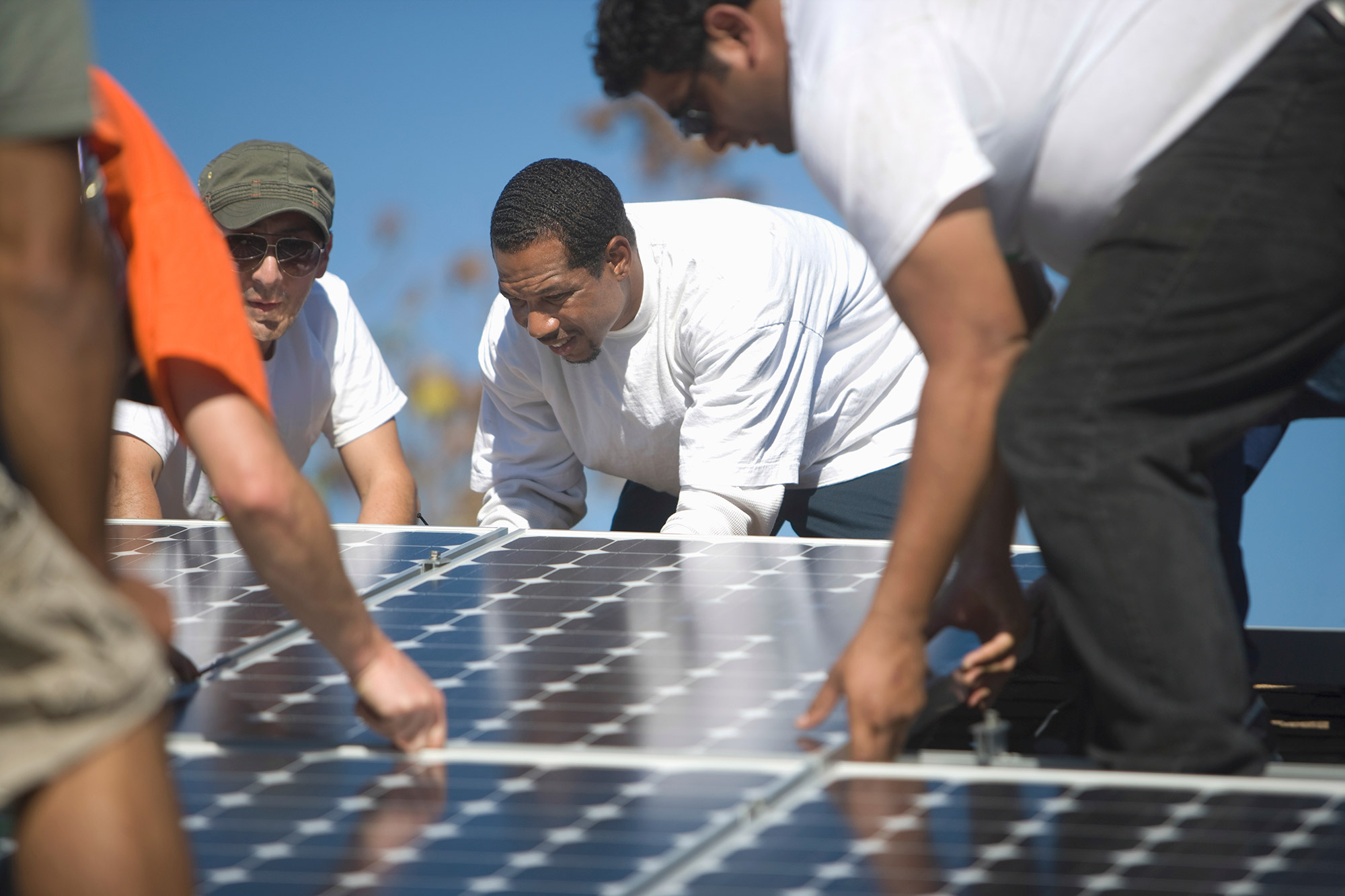 In most conversations about renewable energy, a large portion of the focus is spent describing and discussing its environmental benefits. And while those are plentiful and important, the clean and green aspect of renewable energy isn’t its only upside. Just as significant but less often discussed is how hugely beneficial the renewable energy sector is to the economy. So let’s take a look.

How Big Is the Renewable Energy Market?

You can’t appreciate the contributions renewable energy makes to the economy without first understanding the sheer size of the industry itself. According to a report published by Allied Market Research, the global renewable energy market earned just shy of $900 billion in 2020. And it’s set to continue this upward trajectory and reach almost two trillion dollars by 2030.¹ When you consider that in 2020, renewable energy sources accounted for only about 13% of the total energy consumed in the United States and about 20% of the electricity generated, the growth potential is enormous.²

What Are the Economic Benefits of Renewable Energy?

The renewable energy sector’s size and scope are tremendous, and so are the ways it drives economic growth and development. From generating cleaner electricity more efficiently at lower prices to accelerating job growth across a vast segment of the economy, renewable energy is as vital to the local and national economy as it is to the environment as a whole.

Globally, about 11.5 million people are employed by the renewable energy industry, and it has been and continues to be a significant driver of new job growth and expansion in the United States.³ The number of stable opportunities in manufacturing, installation, and other professional roles has expanded significantly over the past decade. In 2020, roughly three million jobs in the country were tied to the renewable energy sector. Although this was a slight drop from the previous year, the pandemic was primarily to blame, and the long-term outlook for continued growth is a lock.⁴

Investments in the development of wind, solar, and other forms of renewable energy are paying off as the cost to produce wind-generated electricity has come down 70% over the last decade, and solar more than 90%.⁵ That’s huge! So huge that, according to the International Renewable Energy Agency, renewable sources of power are the cheapest to produce — costing less than both oil and gas. Many coal power plants have been shuttered in recent years, and that energy production has been replaced in part by wind and solar. And in some areas with emerging economies, the lower price of renewable energy allows them to get online where it had been cost-prohibitive before.⁶

The energy market is global, but there’s little dispute that energy independence is the best goal for America’s national energy policy — and renewable energy presents an opportunity to achieve it. Wind and solar-generated electricity is produced more locally than fossil fuels, which might be extracted on the other side of the globe before entering a long logistical supply chain and reaching a customer in Texas.

CleanSky Energy Is Making Renewable Energy Available to Everyone

At CleanSky Energy, we believe that renewable energy is the future, and we’re working hard to make it available for everyone. We only offer plans with 100% solar or wind-generated power, and, unlike the other guys, we don’t charge a premium. Check out our electricity plans and compare them for yourself. Providing clean energy at a competitive rate is what we do, and we’re eager to show you how we do it better than everyone else.