Ways to Stay Cool that Don’t Involve Your AC

Ways to Stay Cool That Don’t Involve Your AC 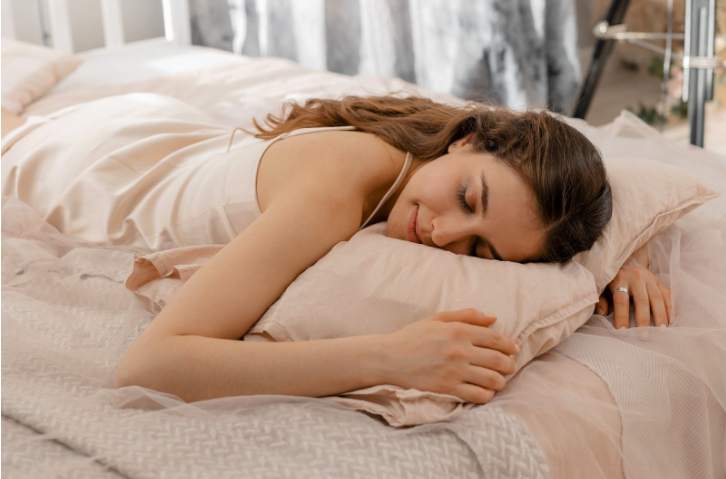 As summer draws to a close, record high temperatures are finally beginning to decrease, but that could change at the drop of a hat (especially in Texas). As the mercury descends, it becomes easier to rely more heavily on cooling mechanisms beyond the AC. Follow these tips to stay cool during the hot months.

Turn Off the Lights

Having lights on that you don’t need creates energy — which creates heat. When you’re not in a room, or if it’s still light enough outside, turn those extra lights off. This will keep the temperature down and, as a bonus, your electricity bill as well.

If the sun is shining into a room, you’re using nature’s heater to boost the temperature in your home. This is great in the winter, sure. However, when it’s hot out, you don’t want the extra heat. Try blackout curtains or shades and close them to keep the inside of your home cool. You can also close shutters if you have them, or put reflective window film on your windows to kick the heat back out into the yard.

Use a Window Fan

If it’s really hot in your house, using a fan won’t do too much other than push the hot air around. Combine it with an open window. Put the fan in the window blowing outward so that it sucks the hot air from your house. If you’re using a ceiling fan, switch it so the blades spin counterclockwise, pushing cool air down.

Having a glass of ice water is not only good for keeping you cool, but it also reduces your chances of heat stroke. Make sure you hydrate enough throughout the day so you don’t lose all your electrolytes through sweat and can’t replenish them.

No, we aren’t suggesting you hop into a freezing cold shower to cool down. That would be more painful than anything. But if you’re overheated, a cool shower or bath could be just the thing for you. It’ll help you cool off quicker and stay cool for longer — at least until the water dries off of you. Plus, it uses your water heater less, which means lower energy bills for you.

Find a Cross-Breeze, Especially at Night

It is usually cooler at night, so take advantage of the temporary temperature drop. Open a couple windows in your house to get a good cross-breeze going. This will push the colder air in one window and the warmer air out the other. When you get up in the morning, be sure to close the windows to trap the cool air in, unless the temperature won’t be as stifling that day.

Hang Out in the Basement

Basements are great to beat the heat for two reasons. One, heat rises — so it’s not going to be as severe at the very bottom of your home. Two, the earth around the basement provides natural insulation from the heat, making it cooler than the rest of the house. Hang out down there if you need to escape the warmth upstairs.

Have you ever tried to wear corduroy in the summertime? It’s awful. Sticky and hot, and generally uncomfortable. Just like you should wear proper clothing for the heat, you should also use proper bedclothing for the heat. Look for lightweight fabric for your sheets, like linen or cotton. It’ll keep you cool instead of waking you up in a puddle of sweat.

Block the Heat With Closed Doors

Don’t waste time trying to cool off rooms that nobody’s using. If you aren’t in a room and you can do it, close the door to that space. The smaller a spot you have to cool down, the less time it will take and the easier it’ll be. Think of it like you’re putting heat in a time-out in the other room.

Energy-efficient appliances, by nature, produce less heat. They use less energy, so you’re saving on your electric bill as well as the amount of warmth produced in the house. You can replace things like your fridge, oven, dishwasher, and microwave — really anything that uses electricity to work. Plus, you can change to LED lightbulbs, which generate much less heat than the typical incandescent bulb.

Try not to cook inside at the hottest points of the day. You’ll just be bringing in more heat. If you want to use your stove, do it in the morning or after dark. Slow cookers can help too, allowing you to cook all day while not generating extra warmth. If you really want something hot — though you should be eating cool foods on hot days to bring your temperature down — try cooking outside on the grill.

If you’ve ever looked at a weather app or heard the phrase, “it’s not the heat, it’s the humidity,” you know that a humid environment feels hotter than a non-humid one. Bring in a dehumidifier and try to get the humidity level in your house to about 40 percent.

This is probably the easiest of all these tips: put on less clothing. Instead of jeans and a sweatshirt on hot days, grab that flowy dress, or a pair of shorts and a tank top, or even flip-flops. Remove what you can (while staying decent, of course) to cool yourself down.