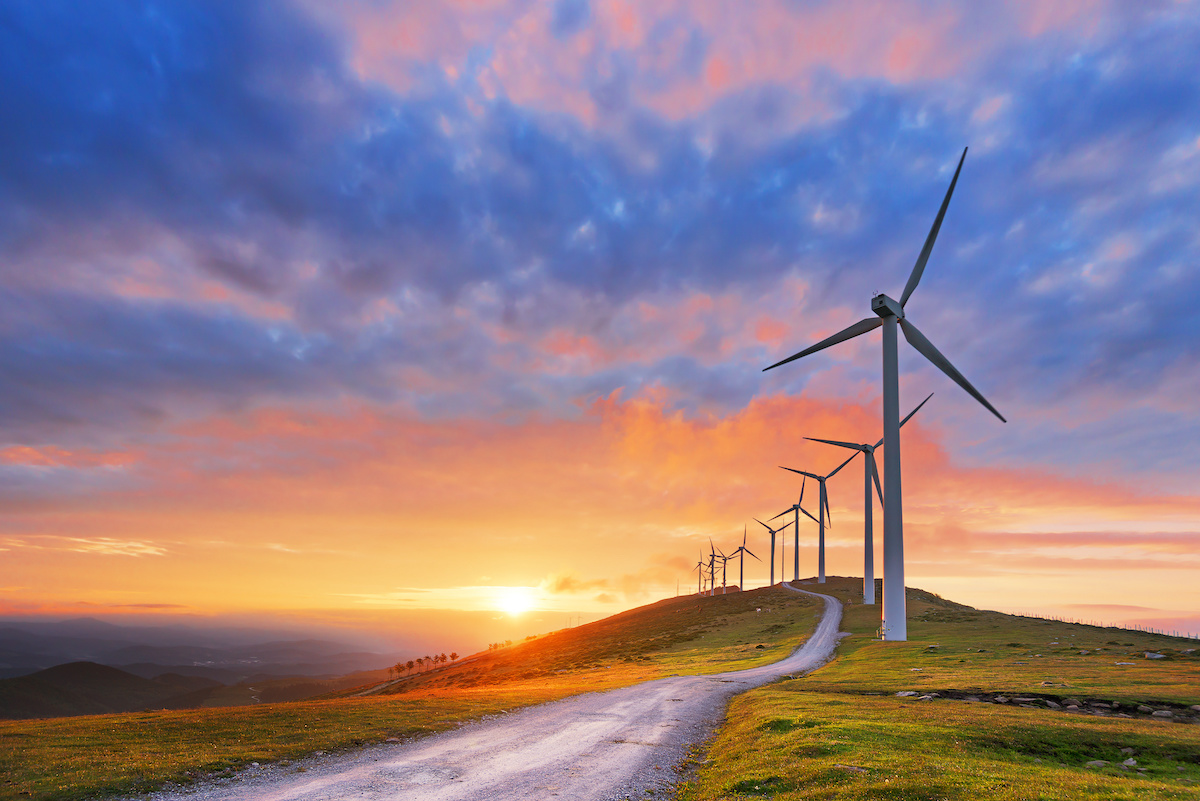 Wind energy is picking up speed as the most-used renewable electricity generation source in the U.S. The industry has grown tremendously over the last decade, currently accounting for about 4% of electricity production in the U.S. The U.S. Department of Energy reports that cumulative wind power capacity increased by an average of 30% per year, and overall estimates suggest it has the potential to supply 20% of U.S. and world electricity.

One of the most attractive and obvious benefits of wind energy is its status as a clean and renewable energy source that doesn’t generate greenhouse gasses. Considering that the power sector accounts for 38% of the country’s human-caused emissions, that’s a significant pro. There are many other pros — and a few cons — of wind energy that we’ll cover here.

The Pros of Wind Energy

Wind energy has many positive features. It doesn’t generate pollution, it’s a significant source of job and economic growth, and it’s a lot more efficient than fossil fuels. Let’s look at why wind energy is such an integral component of an intelligent energy policy.

Clean and Good for the Environment

Wind energy is virtually pollution-free. Other than the manufacturing, installation, and maintenance of the turbines themselves, wind energy is a power source that doesn’t produce emissions and greenhouse gasses. And those that are produced are offset by clean power generation, typically within only nine months.

Wind is a freely available natural asset that’s up for grabs. Unlike fossil fuels and other non-renewables, it’s never going to run out. Wind is the result of uneven heating in the atmosphere. As warm air expands, it becomes less dense, rises, and flows with cooler, denser air, and that air movement is what we know as wind. All we have to do is install a turbine and nature will take it from there.

The Department of Energy says that land-based utility-scale wind is one of the lowest-priced energy sources. It’s true that wind farms and turbines have high upfront construction and installation costs. However, once the infrastructure is in place, the ongoing operating costs are low. No fuel is needed, and there’s nothing to mine or transport — significant expenses associated with fossil fuels. Wind turbines passively use what’s already there and turn it into usable electricity, requiring little maintenance and operating efficiently. The cost of wind-generated electricity has dropped from 40 cents per kWh nearly 40 years ago to under five cents per kWh today.

In 2017, the International Renewable Energy Agency reported that over a million people worldwide are employed in the wind power industry. Over a hundred thousand of those jobs are in the United States. In fact, in terms of job creation, the wind energy sector is the fastest-growing in the United States. Wind energy creates 30% more jobs than coal and 66% more than nuclear power. And with a steady flow of opportunities in engineering, manufacturing, installation, and maintenance, wind is likely to employ more than 600,000 workers in coming years.

If you’ve ever driven on the freeway during a misty day and seen a seemingly endless lineup of turbines fading into the horizon, you know the physically large and imposing nature of wind farms. But the unique thing about wind farms is that most of that space imposition is overhead. On the ground, each turbine requires a small amount of real estate. This means that the land between turbines can be used for other purposes.

One industry that has a symbiotic relationship with wind power is farming. Many farmers have partnered with energy suppliers and placed turbines on plains and cattle-grazing land. The turbines do most of their business in the air and have a small footprint on the ground, which generally doesn’t disrupt livestock or a farm’s production while providing farmers with additional income.

One of the best features of wind energy is that it’s an alternative to fossil fuels. Gas and oil are huge industries, but their natural supplies are limited, they’re subject to market volatility and price spikes, and mining is labor-intensive. The wind-generated electricity we use in the United States is created in the United States. It’s not piped in, nor does it have to be shipped from the other side of the world. It’s made here, distributed here, and used here. Native power generation helps to stabilize and protect our markets from other threats.

Wind farms are becoming a more and more common sight, but one place you generally won’t find them is right in the middle of crowded metropolitan areas. Turbines need wide-open spaces that can accommodate their huge size and land value that isn’t cost-prohibitive. That means wind farms are usually found in rural areas, where the installation, construction, and maintenance stimulate local economies and taxes. For example, 100 megawatts of wind power in southwest Minnesota results in roughly $1 million in property tax revenue and yearly lease payments of about $250,000 to landowners.

The Cons of Wind Energy

Wind power has a lot of positives, but, like anything, it’s a coin with two sides. If the wind isn’t blowing, turbines don’t generate electricity. And not everyone is a fan of their visual contributions to the landscape. Let’s take a closer look at some of the other cons of wind energy.

Wind energy suffers from intermittency, which means that turbines only produce electricity when the wind blows. No wind, no power. On top of that, wind blows at inconsistent speeds, so the energy production itself is inconsistent. In fact, turbines usually function at about 30% capacity. This can result in wind energy not being available during times of peak demand. For wind to operate at peak efficiency, wind turbines need to be paired with storage technology so electricity can be stored for distribution.

Impact on the Environment and Wildlife

Wind turbines are passive, but their presence can impact the environment and wildlife. One of the most obvious threats is to birds and bats injured or killed by coming into contact with the giant, spinning blades. The good news, however, is that these collisions are relatively rare. Most turbines now rotate 15 times every minute, and they’re often integrated with radar tracking technology that slows the blades when it senses that birds are trying to pass. Oddly enough, painting one turbine blade black also reduced bird deaths.

Wildlife on the ground can also be impacted by the placement and construction of wind farms. Environmental impact assessments are essential to protecting wildlife surrounding development projects.

As a whole, the industry has done an incredible job of lessening adverse environmental effects, and both the Audubon Society and Sierra Club support wind energy, citing that its advantages outweigh the drawbacks.

Wind turbines are large and require similarly large capital investments. In 2021, wind turbines cost about $1.3 million per megawatt. The average wind turbine is two to three megawatts and costs $2 – 4 million. The good news is that the initial installation and building stage account for the majority of the cost. Typical operation and maintenance costs range from $42,000-$48,000 per year.

One specific environmental consideration is shadow flicker — the shadow that the rotor blades cast as they turn. Its impact is small, but it can be an irritation to neighbors. Proper planning is usually one of the easiest solutions to this con, and skilled wind farm designers avoid placing turbines in locations where shadow flicker would be a regular problem. In general, the worst-case light alteration affects neighbors about 100 minutes out of the year.

While some people like the appearance of sprawling wind farms, others don’t. And turbines aren’t completely silent. Both the mechanical operation and wind vortex from the rotation of the blades can produce sound. As wind turbine technology continues to improve, however, the sound generated by turbines has significantly decreased.

Wind energy is a green, renewable source of power that has the potential to provide electricity for millions of homes, promote economic revitalization, and preserve natural resources. The cons include upfront costs, noise and visual pollution, and impact on wildlife, although with proper project management and execution, most of these cons are solvable. Continuing to embrace wind energy today will lay the foundation for a healthy tomorrow.

Want to take part in the wind turbine revolution yourself? Check out a wind- and solar-powered energy plan from CleanSky today.