Why the Future Hinges on Wind and Solar - CleanSky Energy

Why the Future of Energy Hinges on Wind and Solar 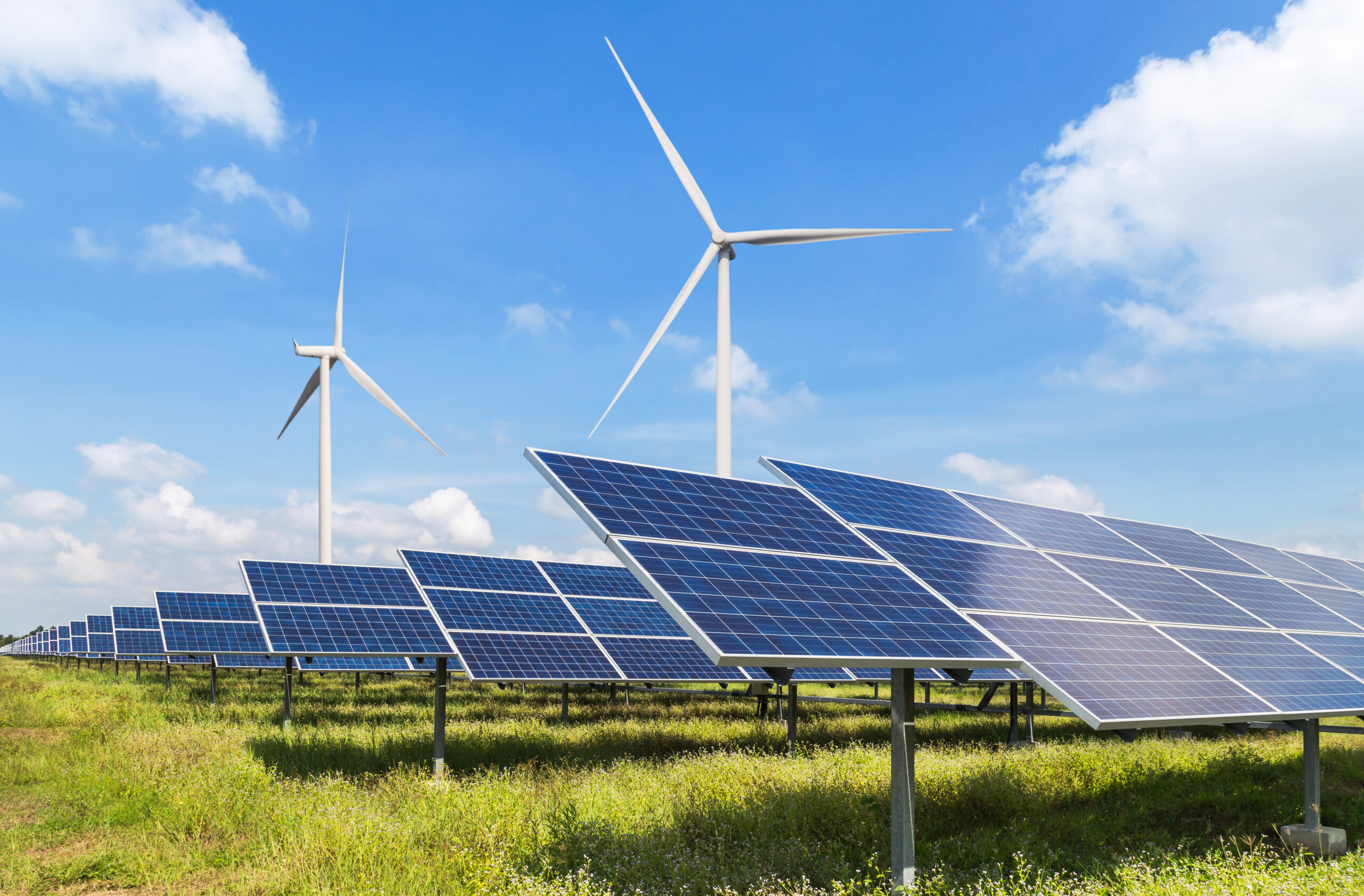 NASA has said it: “Human activities (primarily the burning of fossil fuels) have fundamentally increased the concentration of greenhouse gases in Earth’s atmosphere, warming the planet.”

We know that climate change is real, and we are already starting to see its effects, from extreme droughts and rising seas to stronger hurricanes and shrinking ice caps. The trajectory set forth, however, doesn’t have to be the path we follow. While there’s no silver bullet that can stop climate change, renewable energy sources like wind and solar offer a “yellow brick road” of sorts for people, businesses and governments to help curb its effects.

How so? Let’s take a closer look at the two most prominent renewable energy resources today — and how energy experts are priming them to change the energy sector as we know it for good.

A Primer on Wind Energy

Wind energy is the process of transforming the kinetic energy of wind into another form of energy, whether that be mechanical or electrical. In today’s energy applications, the most common form of harnessing the wind is the use of wind turbines. These help spin a generator that creates an electrical current — and there you have it: electricity that can be used to power your home!

The fascinating thing is that although we can’t see the wind, it is packed with energy that we can then harness without releasing greenhouse gas emissions. Moreover, wind requires no strain on water resources either.

The main challenge to wind energy is the intermittent nature of it; you can’t control the weather, so how much electricity wind can produce is directly related to whether the wind is moving or not. Clean energy experts, however, are working to solve this with the increased implementation of energy storage, such as lithium-ion batteries.

However, the sole fact that wind doesn’t produce greenhouse gas emissions is the very reason individuals and investors alike are turning towards wind power to curb emissions and lessen environmental impact.

The Future of Wind Energy

Interestingly enough, wind power has been around for a millennia, but we’ve only begun to scratch the surface of its potential. Just take a look at the graph below — only in the last 15 years has wind really begun to pick up any steam. Now, imagine what wind energy will look like in 15 more years from now. The energy landscape is changing right before our eyes.

According to the U.S. Department of Energy, experts estimate 14.7 gigawatts (GW) of new wind capacity was added in 2020. And 17.6 GW of new wind will come online in 2021. To put this in perspective, just one gigawatt of power is equivalent to:

Now, that’s a lot of power. In terms of emissions sequestered, let’s do a bit of math. According to the Energy Department, about 0.92 pounds of CO2 emissions are produced per kilowatt-hour (kWh) from coal, natural gas and other fossil fuels. And one gigawatt is equal to 1 million kilowatts.

That’s 920,000 pounds of CO2 that can be sequestered for every gigawatt of wind capacity installed.

A Primer on Solar Energy

Solar energy is a form of energy converted from light, or as scientists may call it, electromagnetic radiation. And solar power can take a ton of forms, such as the solar panels that you see on homes or concentrating solar power plants where highly reflective mirrors concentrate the sun’s rays to boil water and turn a steam turbine to create electricity.

Like wind, solar is one of the most environmentally friendly resources out there. Solar panels rely solely on the sunlight to generate an electric current that can be used to power homes and businesses across the nation. Photovoltaic solar panels (the ones you see on rooftops) absorb sunlight into their panels, which excites the electrons in the silicon wafers held within. Electrons are then shaken loose, creating an electric current!

The main challenge to solar, however, is not in its generating capacity, as solar panels can last for up to 30 years on average. Rather, it’s sourcing the materials that solar panels use to generate an electric current. Solar panels use lots of rare earth metals, requiring lots of mining and resources. However, when put into perspective with the effects of fossil fuels, the benefits of solar far outweigh the benefits of coal, natural gas or any other petroleum-based resource.

The Future of Solar Energy

Solar is showing no signs of stopping any time soon. Unlike wind, which the Energy Department estimates to dwindle down to 6.3 GW of new capacity added in 2022, solar is estimated to haul in more than 16 GW of capacity for both 2021 and 2022 each. Not only that, 5 more GW of small-scale solar (think residential homes and businesses) will also be coming online, which will provide local solar to neighboring homes and businesses across the nation. And keep in mind:

Just take a look at this graph that shows solar’s growth, which was virtually nonexistent before 2011.

Thanks to international initiatives like The Paris Agreement — a legally binding agreement on climate change whose goal is to limit global warming to 1.5 degrees Celsius compared to pre-industrial levels — energy is undergoing a sea of change right before our eyes.

The science has been settled. It is a fact that fossil fuels have contributed to an abnormal amount of greenhouse gas emissions and temperatures that, if left unchecked, could have irreversible and catastrophic consequences. Solar, wind and other forms of clean energy out there (yes, including nuclear) will be the critical pieces in achieving this goal and a sustained future for everyone and everything on planet Earth.

If you’re ready to make a difference, consider CleanSky Energy, a retail electric provider whose mission is to empower people to reduce their pollution through clean, affordable and practical energy options. Click below to see rates in your area.